What Oprah’s Golden Globe Speech Teaches Us About Speaking Life! 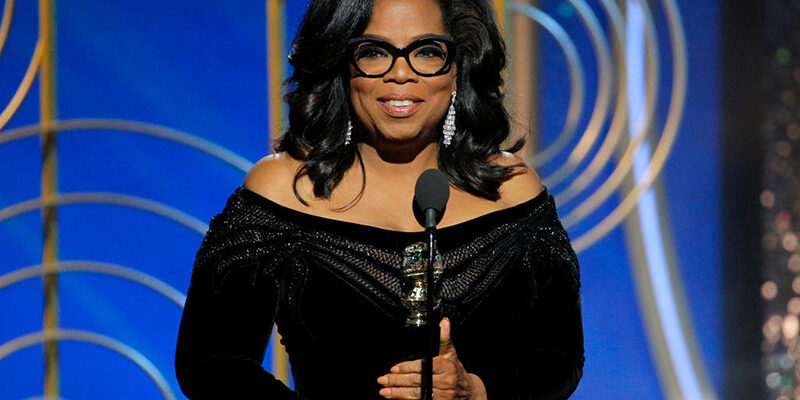 On this past Sunday evening, I was finishing up my syllabi for the semester and engaged in a couple of conversations on Facebook with other professors lamenting over the same thing. I don’t really watch award shows, but all the sudden I noticed several people posting about Oprah Winfrey’s acceptance speech of the Cecil B. DeMille Award at the Golden Globes. The comments were so passionate that I decided to pull it up and watch it. I was filled with pride as a woman, a black woman, and moved to tears.

I’ve had my critiques of Oprah over the years, but I have long respected Oprah as a business woman who has made herself relevant in the national public sphere for over 30 years. Her list of accomplishments is long, but today, I celebrate her consistency to use her privilege and platform to recognize, celebrate and advance others. Here are three reasons how her speech teaches us to Speak Life!

Our Speech Should Be Gracious
“He who loves a pure heart and whose speech is gracious will have a king for his friend.” Proverbs 22:1

Oprah was both humble and gracious in her remarks. She could have displayed a sense of entitlement because of all her accomplishments; she could have used the time to talk about herself or name dropped the notable names in the news and entertainment industry who helped her. While she did name a few people who opened doors for her, she paid homage to someone who paved the way for her to stand there at that moment. Watching Sidney Poitier, the first African American man to win a Golden Globe in 1964, had a profound and lasting effect on Oprah who was just a young girl at the time. From that experience, she was keenly aware there were some little girls somewhere watching the first African-American woman win the lifetime achievement award. In her humility, she noted that it was an honor and a privilege to share the evening with those girls who are now like her 50 years ago. And, because of this fact, she used her speech to speak truth to power.

Our Speech Should Be a Voice for the Voiceless
“Speak up for those who cannot speak for themselves for the rights of all destitute. Speak up and judge fairly; defend the rights of the poor and needy.” Proverbs 31:8-9

Oprah used her privilege and platform for “such a time as this.” She won this award not in 2006, after she has been on the national air for over 20 years, or 2011 when her long-running show went off the air, or any other year. But, she was given the honor in 2018—during a tumultuous political climate, a steady diet of fear-producing, entitled, and love-lacking speech, and within the year when women began to speak up about sexual harassment and assault. So, instead of using her platform to advance her agenda, she used it to speak for all the girls and women whose names we will never know—from domestic and farm workers to engineers and politicians who have endured and lived through assault and harassment. She also left the audience with one name she felt we should know: Recy Taylor. In 1944 Mrs. Taylor, an African-American wife and mother, was walking from church service and raped by six white men who were never brought to justice. For Mrs. Taylor and all the nameless women, she said, “I want to express gratitude to all the women who have endured years of abuse and assault because they, like my mother, had children to feed, bills to pay, and dreams to pursue.“ While Oprah spoke about an ugly and painful truth, she didn’t leave her audience hopeless.

Our Speech Should Speak Life
“Death and life are in the power of the tongue, and those who love it shall eat its fruit.” Proverbs 18:21

Oprah challenged the audience to “maintain hope for a brighter morning even in our darkest nights.” And, left us with the hope that “a new day is on the horizon!” As Christians, our hope is in Jesus Christ and for that reason, our speech should be that of encouragement and hope.

Oprah has always been clear on her mission and purpose. Speak Lifers, are you? If nothing else, we can be clear on speaking life by making sure our speech is always gracious and filled with humility. We should not be consumed with self-promotion, but instead make a commitment to speak up for those who cannot speak for themselves even when it could be costly. Our daily words to our spouse, parents, children, co-workers, church members, or the stranger in line in front of you should be words of encouragement and hope. In a 9-minute speech Oprah Winfrey embodied so many lessons on speech from the book of Proverbs. For today, let us all just pick one of those lessons and be intentional about including it in our speech.